The long-awaited 2013 SRT Viper was unveiled just minutes ago here at the 2012 New York International Auto Show to a huge crowd of media and press. Firstly, you’ll notice the Viper is no longer a “Dodge” per say – rather a high performance sports car from the new “SRT” performance brand. The 2013 SRT Viper takes a bit more stylish approach, ala European angles and lines, compared to Vipers of the past. The Viper was notorious for being a beast of a car to control on the streets – due to the lack of any sort of stability/car control systems. It was raw and if you weren’t fully engaged, the snake would bit you in the ass. Depending on who you ask, unfortunately or fortunately, due to new automotive mandates, the 2013 Viper comes standard with stability control. That stability control may come in handy when the driver of the 640hp, 8.4L V10 Viper is propelling the car to an estimated top speed run of 206mph (or a 0-60 of 3.3 seconds). 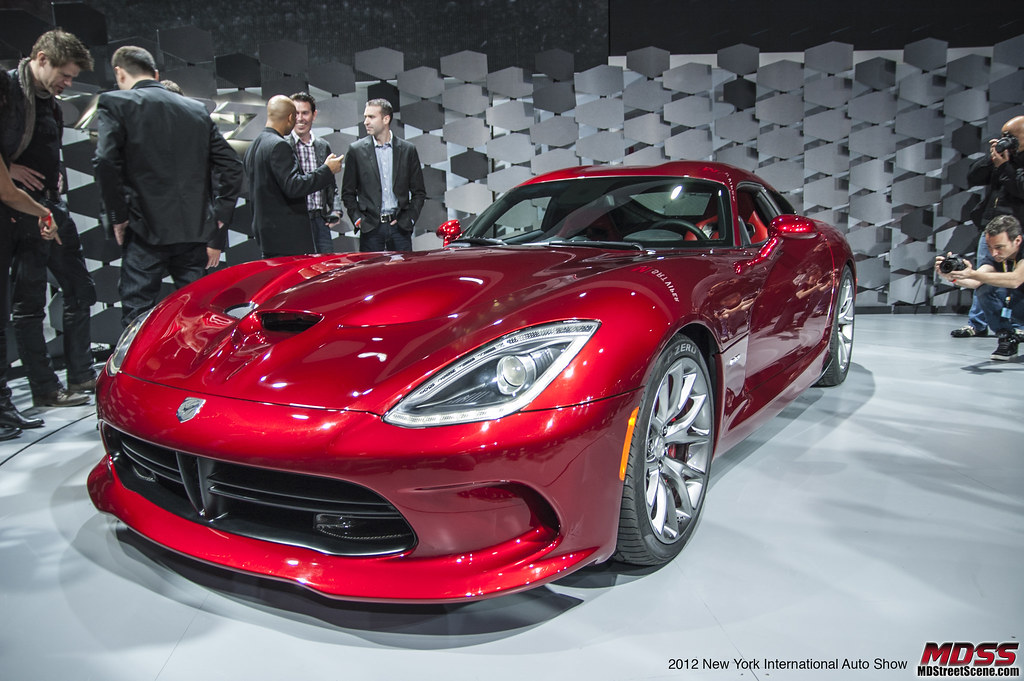 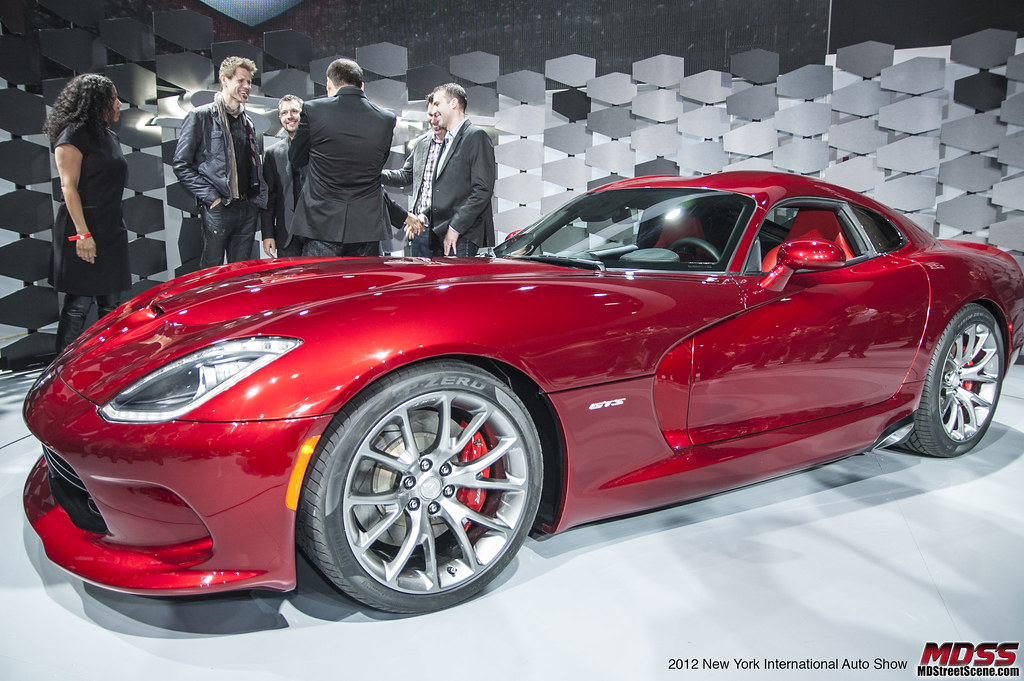 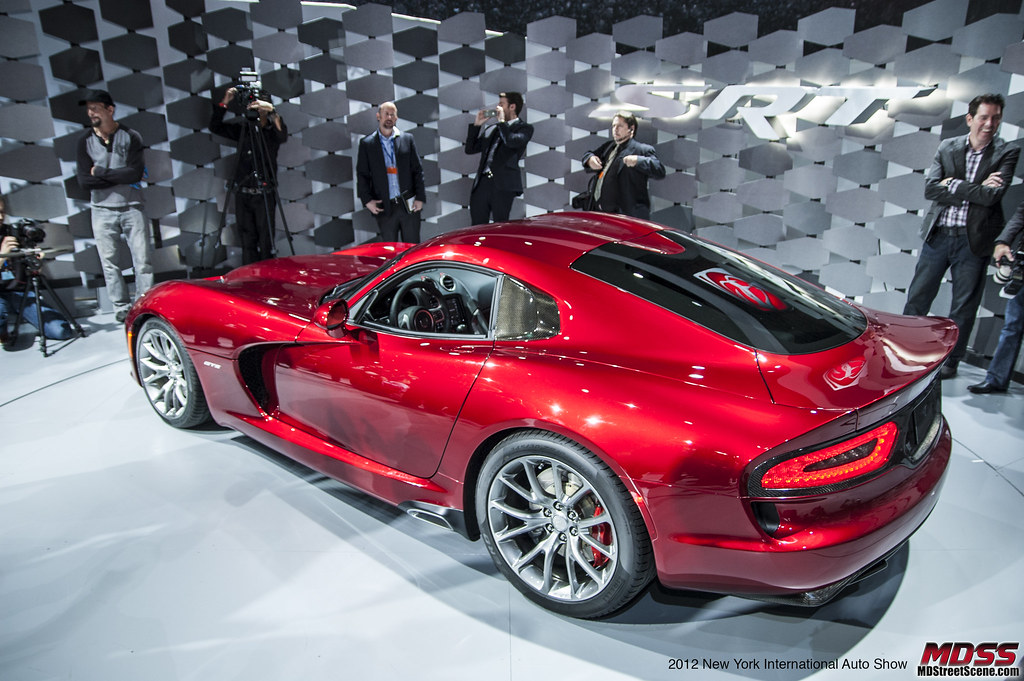 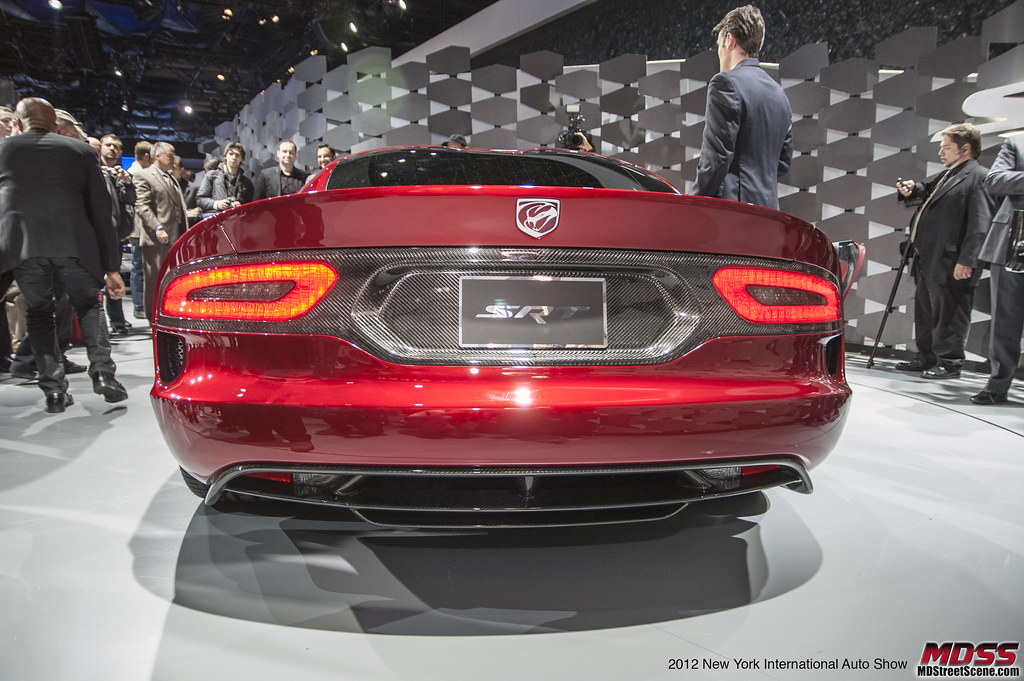 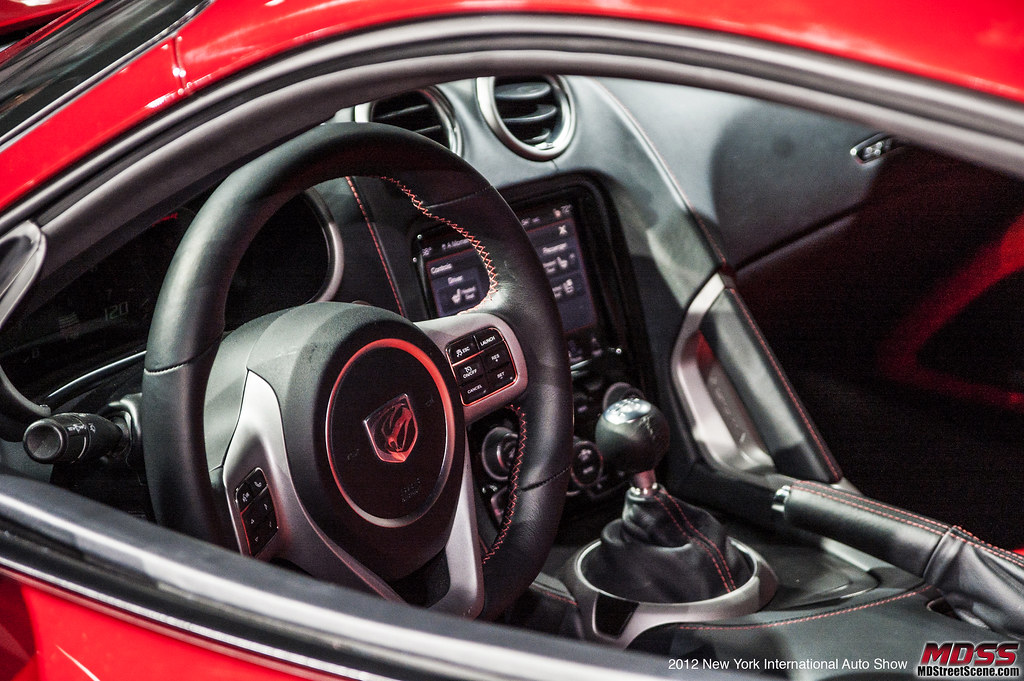 Pictures by MDStreetScene.com photographer Phil Sieradzan. View all photos from the show here